Engine One in Seattle 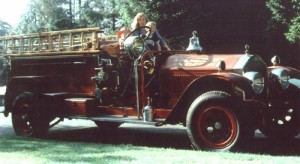 Ann, Scott, and Matt Cooper with Engine One in Seattle Washington

In 2002, Matt Cooper of Seattle Washington emailed the Larchmont Fire Department reporting that his father, Richard Cooper, had purchased Larchmont’s Engine One and had maintained it for many years in his garage. 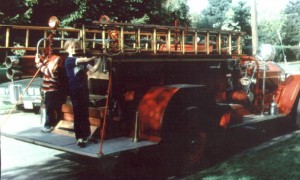 Matt generously offered to sell it to the Larchmont Fire Department at his cost. 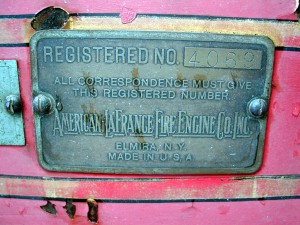 We took down the registration number and compared it with the Village records and the records at American LaFrance and determined that it was actually Larchmont’s engine.

Matt Cooper with Engine One

The fire companies companies joined together to bring this historical piece of Larchmont history back home. 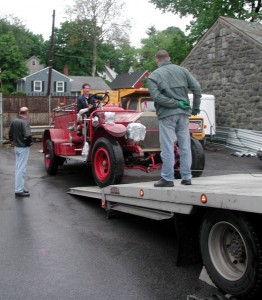 Engine One Arrives in Larchmont in May 2002

And in May 2002, Engine One arrives in Larchmont at the Village Yard. Deputy Fire Chief P.J. Abrahamsen drives it off the truck that transported it from Seattle as Department of Public Works General Foreman Joe Bedard looks on.